Thousands of fish lie rotting in the dry Republican River at the headwaters of the Harlan County Reservoir at Alma, Nebraska. Republican always dries up in the summer as irrigation takes all the water, either through reservoirs for irrigation districts or by pumping the aquifer beneath the river. Fish were killed when a heavy storm sent water down the river attracting the fish upstream. Then the river dried up agains just as suddenly stranding the fish. Fish kills are common along the Republican. Area is under mandatory groundwater management because of declining supplies. Nathan and Dave Wolf out to take a look. 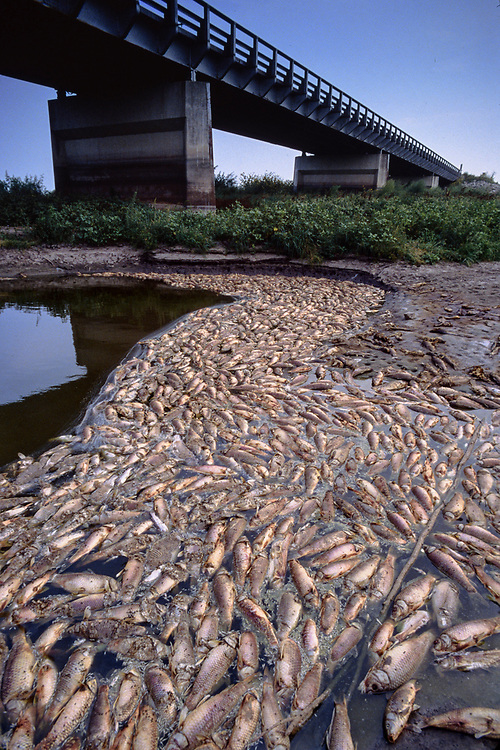