The Shiant Isles (Scottish Gaelic: Na h-Eileanan Mòra), also known in Gaelic as "The Enchanted Isles" (Na h-Eileanan Seunta) are a privately owned island group in the Minch, east of Harris in the Outer Hebrides of Scotland. They are five miles south east of Lewis.

The Shiant Isles have a large population of seabirds, including tens of thousands Atlantic Puffins breeding in burrows on the slopes of Garbh Eilean, as well as significant numbers of Common Guillemots, Razorbills, Northern Fulmars, Black-legged Kittiwakes, Common Shags, gulls and Great Skuas. Although St Kilda has more puffins, the sheer density on the Shiants is greater
Dun Carloway was probably built some time in the 1st century BC, and radiocarbon dating evidence from remains found in the broch show that it was last occupied around 1300 AD. 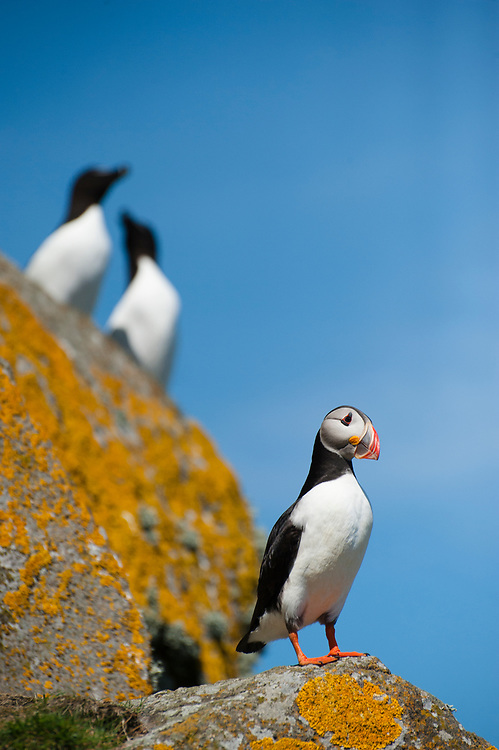