Ogallala formation near the Visitors Center in Ash Hollow State Park in Nebraska. The long tubelike structures under the overhang are rodent burrows from the time when the fresh sands of the Ogallala, just washed down from the Rockies, were the topsoil of the region. The smaller stringy formations are insect tunnels. Beyond the formations can be seen Ash Hollow, the route of the Oregon Trail and beyond that the valley of the Platte River. 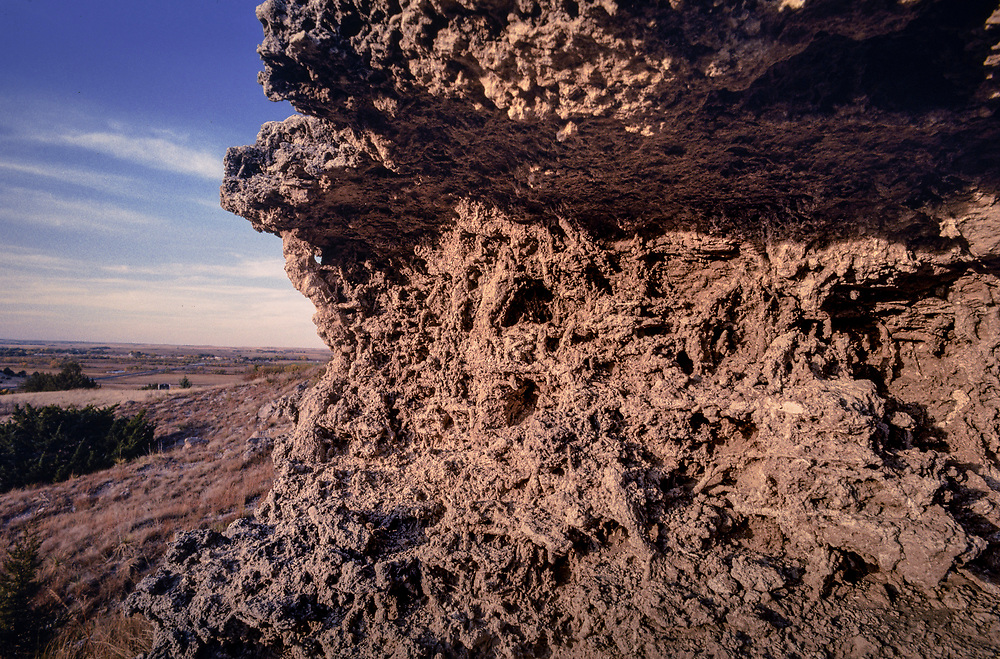