Circles of fresh cut alfalfa follow the patterns of the center pivot irrigation system on a large hay operation near Garden City, Kansas. Agricultural production in the area grew up around increased irrigated production of grain and cattle feed. Now the demands of the cattle industry have outstripped production and the area has become a net importer of cattle feed. Putting up hay in circular pattern because the center pivot leave deep ruts in a circular pattern making it more convenient to cut in a circle. 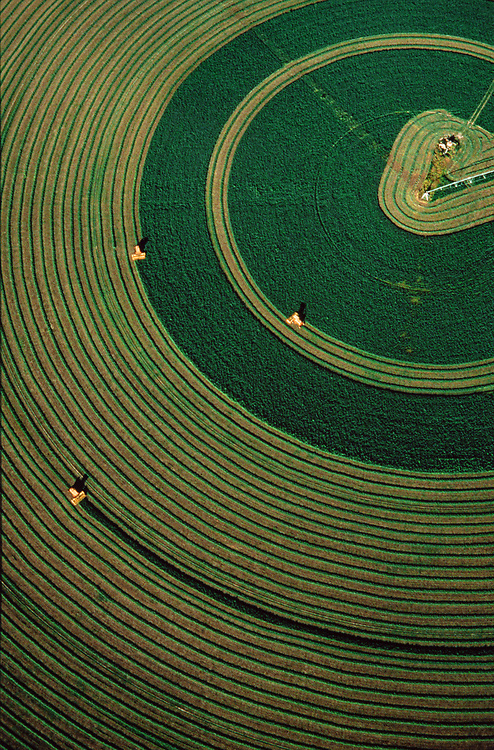