Carloway Broch at Carloway on the Isle of Lewis is believed to date from 100 to 300 BC. Though massive it is not thought to be a fortification as such, but a impressive dwelling for a small community.Dun Carloway (in Scottish Gaelic Dùn Chàrlabhaigh) is a broch situated in the district of Carloway, on the west coast of the Isle of Lewis, Scotland. It is a remarkably well preserved broch - on the east side parts of the old wall still reaches to 9 metres tall. In places there are also more modern repairs to the east wall. At the base the broch is around 14 to 15 metres in diameter and the walls around 3 metres thick.
Dun Carloway was probably built some time in the 1st century BC, and radiocarbon dating evidence from remains found in the broch show that it was last occupied around 1300 AD. To buy this print click on the SHOPPING CART below. 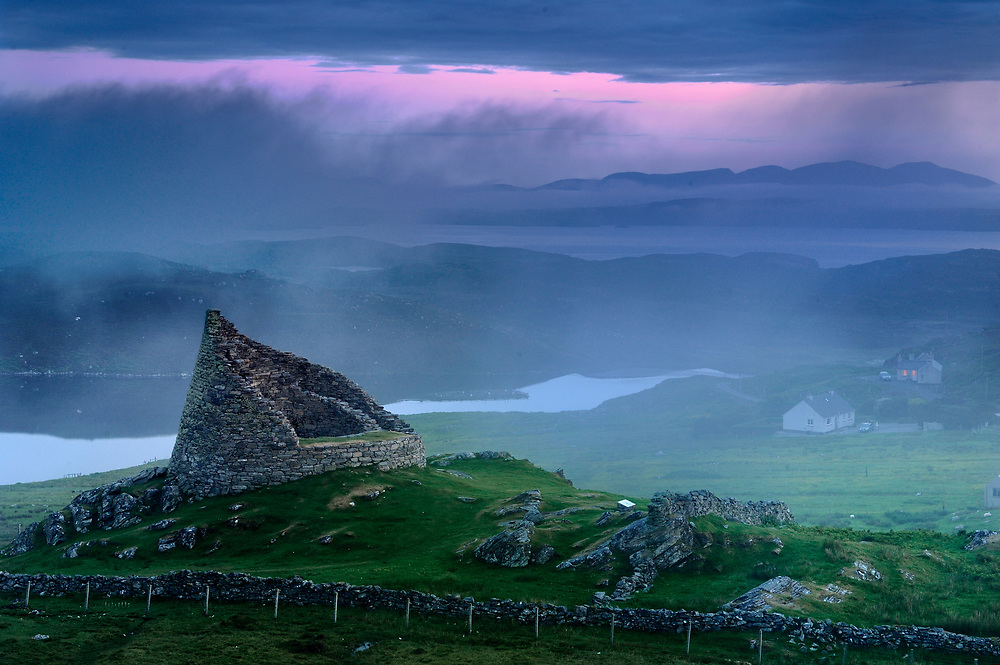