Wes Robbins, a Soil Conservationist with the SCS, tests soil moisture using a meter attached to burried gypsum blocks. The block's conductivity varies with its saturation making the moisture testing possible. Robbins has encouraged farmers in this arid region of eastern Colorado near Burlington to use the blocks so they can irrigate more effectively. Robbins is in a low till field under one of the center pivot systems they converted to LEPA (Low Energy Precesion Application) water nozzles. 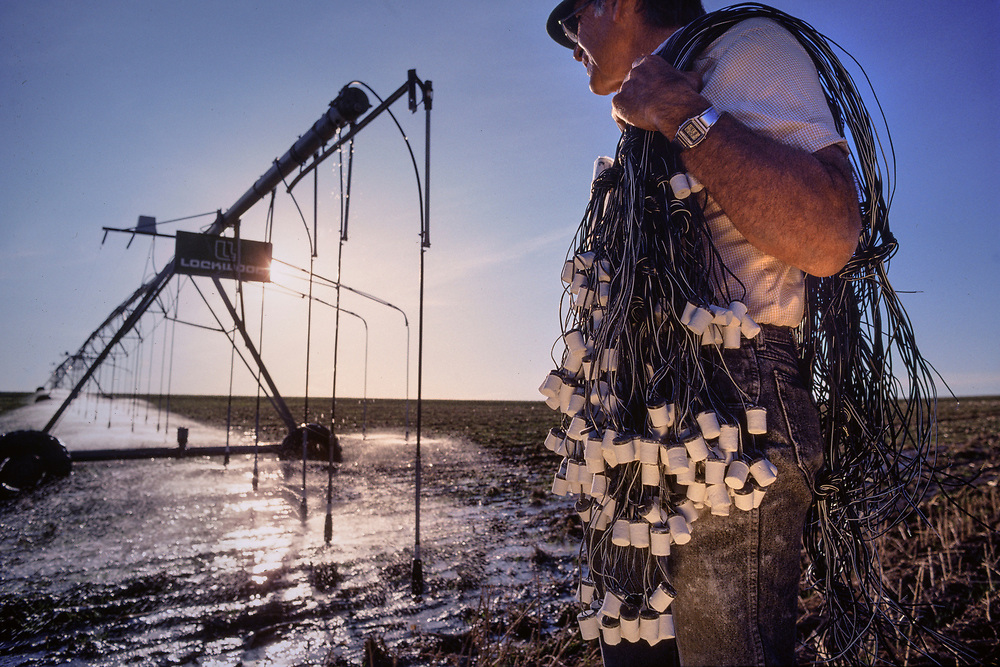